To an observer on the ground, these clouds move very slowly, if at all, although the wind at the cloud level may be strong. In certain cases, the speed of the wind is revealed by markings in the cloud, for instance, by separate elements which move from one end of the cloud to the other. These lenticularis-shaped clouds produced by mountain waves are an indication of strong winds in stable middle levels of the atmosphere. They do not produce precipitation. Sometimes, these waves propagate long distances in “lee wave trains”, so the effects may also be felt a great distance away. They can be seen oriented in long bands parallel to the mountain range, at regular intervals of several kilometres (Figure 6).

On satellite images, they form a streamline pattern. 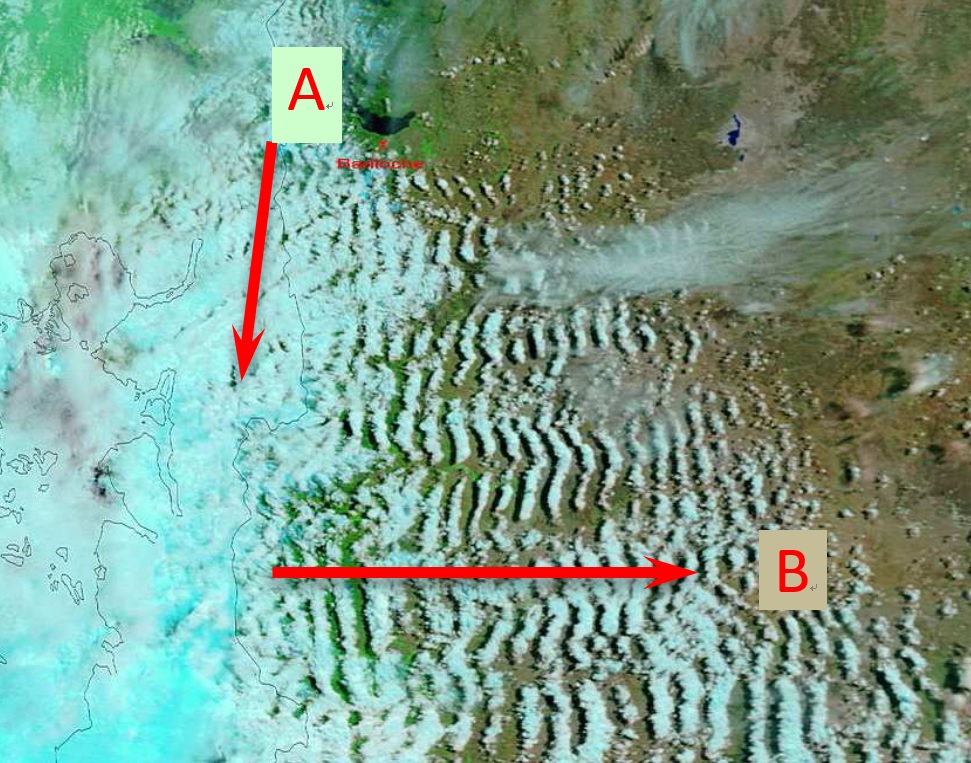 Figure 6. Satellite image of lee wave trains (A = alignment of the range; B= wind direction)

Wave clouds may also appear at different levels simultaneously. Often, one or a pile of several orographic-shaped lenticularis clouds appear above the hill or mountain, sometimes slightly upwind or downwind. The orographic influence on the airflow may be significant at levels many times exceeding the levels of peaks or crests, even reaching the stratosphere (Figure 7).

In broad mountain ridges when there is high atmospheric stability through a depth of atmosphere and marked wind shear above the mountain top, vertically propagating waves might occur where the energy propagates upwards. These are called untrapped lee waves and cirriform cloud formed due to orographic influence (Figure 8) is indicative of turbulence near the top of the troposphere. Sometimes, the wave tops may extend beyond the high level into the stratosphere. Although the evidence of clouds becomes a signature of air movement and turbulence, this sometimes occurs without visual indicators. Clear air turbulence often occurs near the tropopause due to vertically propagating waves in dry conditions.

At certain times, the amplitude of mountain waves may reach high values, and the wave energy propagates downwards immediately upwind of the ridge, producing significant weather events such as breaking waves, strong to extreme turbulence, rotors, and damaging downslope windstorms on the leeward side of a mountain barrier.

Beneath the lee wave cloud, in the lower layers, a large swirling eddy with horizontal axes may form (Figure 9). If the rising air of this large stationary eddy cools enough, a cloud bar called a “rotor cloud“ (roll cloud) may appear in the upper part. Rotor or roll clouds are indicative of an area of severe turbulence at or near the Earth's surface, with surface winds of highly variable direction and/or speed, thus presenting a hazard to aviation.